Australia has one of the highest rates of bowel cancer in the world. Around one in 23 Australians will develop bowel cancer during their lifetime. Nobody is “too young” to get bowel cancer. Polyps often begin quite small, and grow over time to become much large polyps and then eventually become bowel cancer (Figure 1). 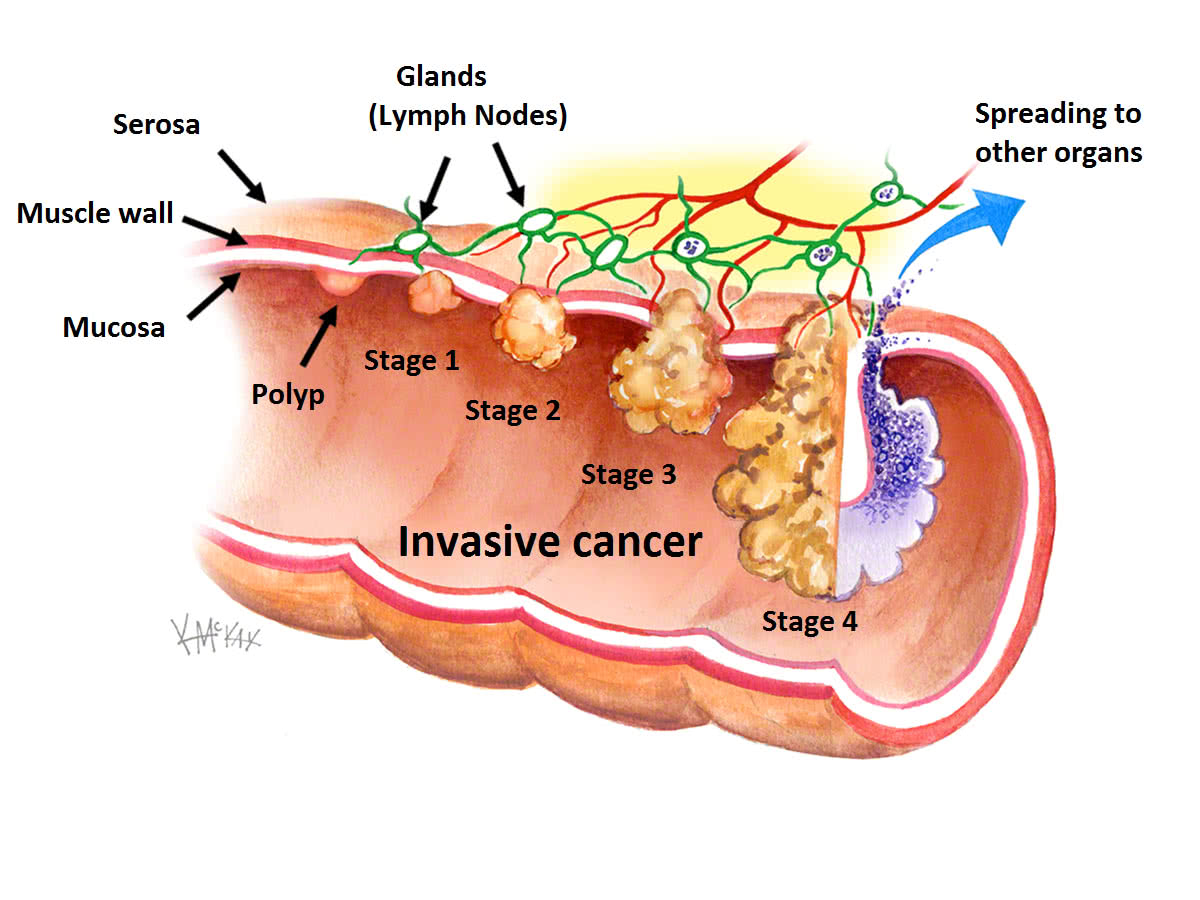 Bowel cancer screening in the form of a “poo test”, known as an Immunochemical Faecal Occult Blood Test (iFOBT) detects minute traces of blood in the faeces not visible with the naked eye.

From 2015 the iFOBT is now mailed out free of charge every 2 years to all Australians turning 50, 55, 60, 65 and 70 as part of the National Bowel Cancer Screening Programme (NBCSP) (Figure 2). This simple test allows for detection of small amounts of blood in the faeces that indicates bleeding from the bowel. Its accuracy is 80% (sensitivity and specificity). Once the test is completed it is returned in the prepaid envelope. The test results will be posted to recipients and their GP, and if positive a colonoscopy is required to determine the cause of the blood.

From 2015 the Rotary Club Australia sells a similar “poo test” which is the Bowelcare kit, which is also an iFOBT test and of equivalent accuracy to that used in the NBCSP and can be purchased from most chemists for $15.00. This is available at over 500 chemists in Sydney, and even more Australia wide.

The Rotary Bowelcare test kit involves a brush applicator to simply stir the water around the stool and then a “water” sample is dabbed onto the test card. You only need to take two samples to complete your test. Once the test has been completed it is mailed direct to the pathology laboratory in the postage paid envelope Colonoscopy

Colonoscopy is the preferred screening test for this with any of the following:

Colonoscopy is a simple day-stay procedure performed under sedation. It involves the passage of a flexible tube (colonoscope) about the thickness of a pen into the colon (also called the ‘large intestine’) via the back passage (anus) to allow for careful examination of the entire colon and the detection and removal of bowel polyps, as well as the identification of bowel cancer. Although more expensive that iFOBT, it is the gold standard screening test, with accuracy greater than 90% (sensitivity) for picking up cancer and small polyps, allowing them to be removed at the same time.