There are many operations for pilonidal sinus, indicating that none are 100% effective. Most have a success rate of greater than 90%, with wound breakdown occurring in up to 5-10% of cases. 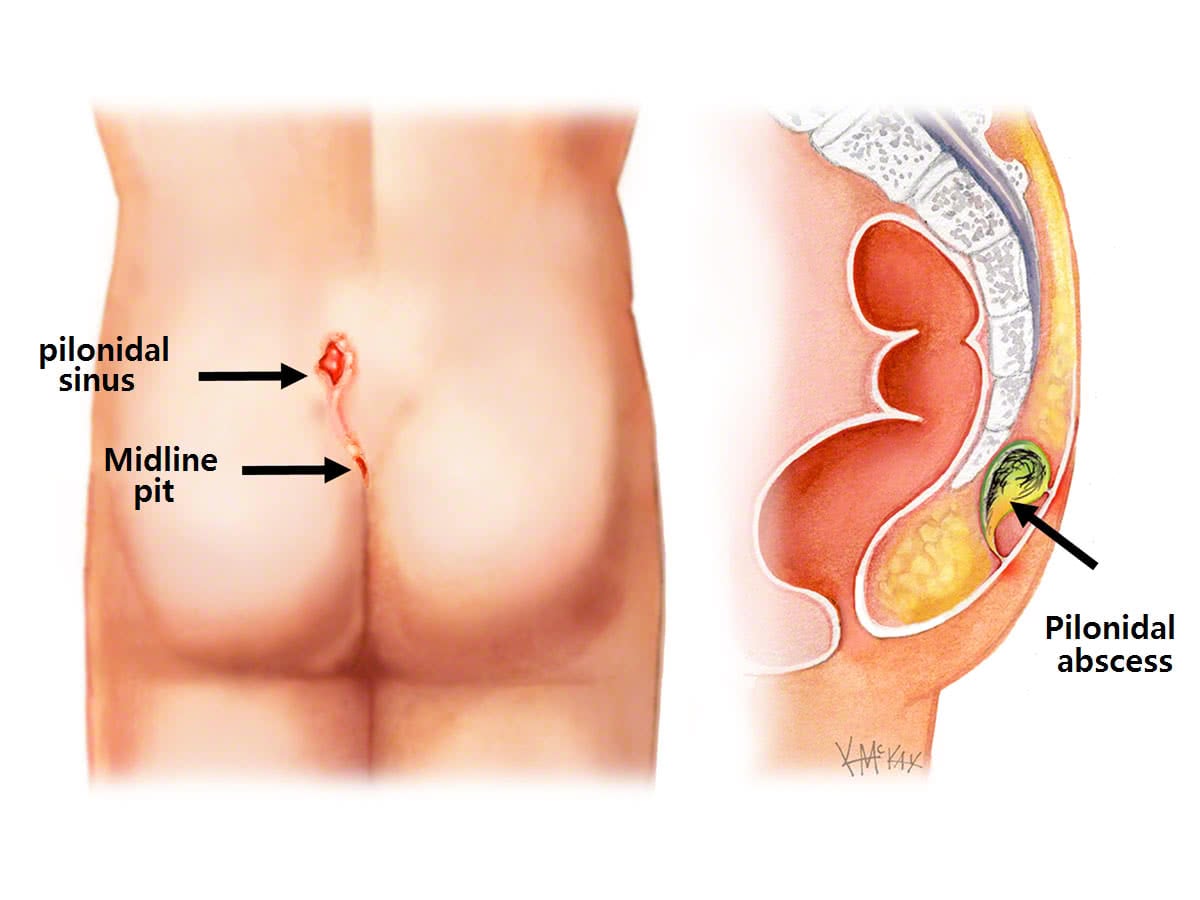 The safest technique is simply to de-roof the cavity, clean it out of hairs, and suture the skin at the edges to the posterior cavity wall (called marsupialisation), thus creating a superficial ulcer that heals over 6 weeks. This procedure has the advantage of needing relatively little time off work, but the disadvantage of taking more than 6-12 weeks to completely heal.

More elaborate operations such as the Karydakis Flap have been devised, that involve cutting the entire sinus out, and closing skin in such a manner, that the incision is off the midline. This is in order to avoid hairs again being driven into the fresh wound and creating a sinus all over again. This procedure usually results in a compression dressing sutured in place for 1 week and skin sutures that remain intact for 2 weeks. It has the advantage of allowing quicker healing, but usually requires 1-2 weeks off work to allow relatively little physical activity in the first 2 weeks post-operatively. The success of the Karydakis flap is largely dependent on the patient’s ability to avoid excessive activity and to keep the wound dry in the first week post-operatively.

Very small sinuses can be excised and closed primarily with small incisions and improved cosmesis. This technique does not however remove the wound from the midline, and for this reason frequent shaving, use of depilatory creams or laser therapy may be needed once the wound is healed to prevent recurrence due to hair borrowing in the midline wound.

This is a complex procedure for recurrent pilonidal sinus disease and involves the excision of the midline pilonidal sinus cavity in a diamond fashion, with skin closure achieved by a rotation skin flap. 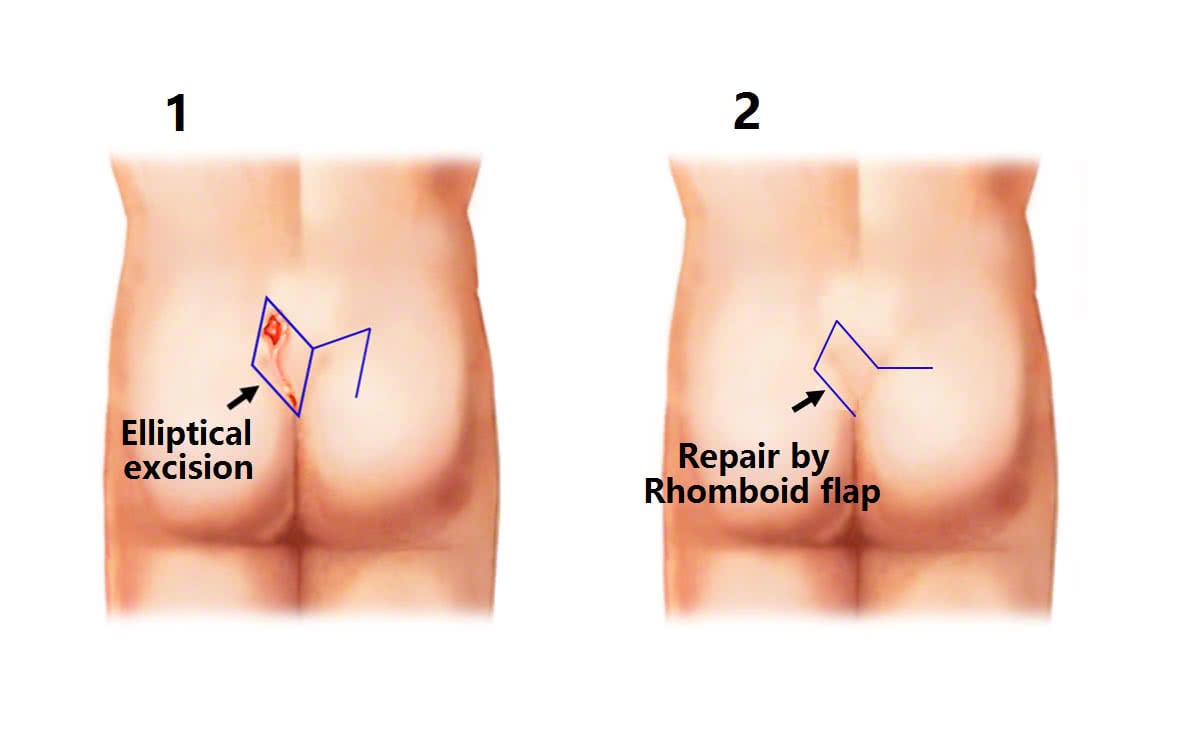